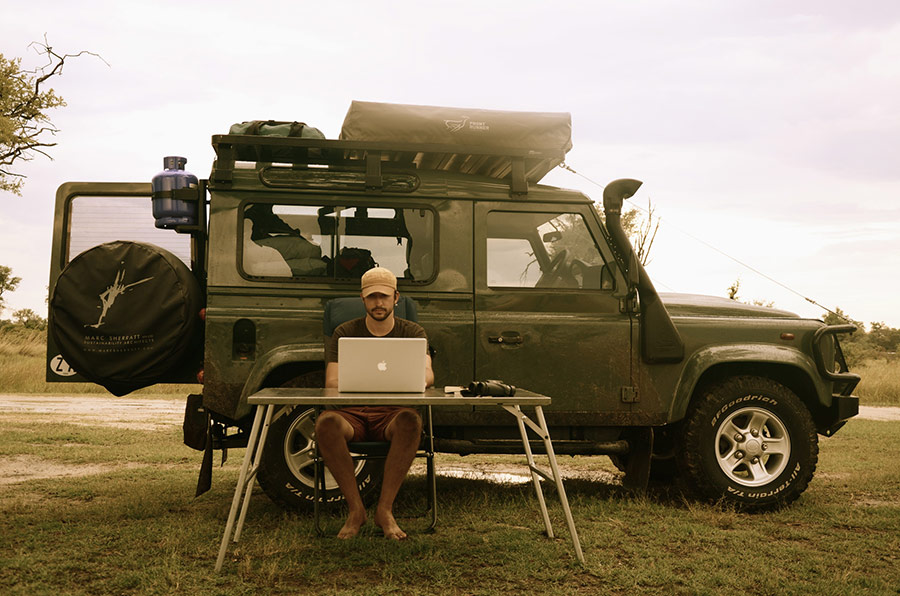 What is a sustainability architect?

Architect, the word conjures up such professional sophistication, the “gentleman / gentlewoman” of the building industry. Yet now more than ever the profession faces increasing critique of its role in society. Based on their track record can Architect’s significantly and positively contribute to solving the spatial, social and environmental problems of the 21st century?

To answer this as with many things we need to look back “from which the arrow has come”.  The word “Architect” is originally derived from the Greek (arkhi–, chief + tekton, builder) which means Master / Chief Builder. This word became popular during the Renaissance where buildings were completed by a team of artisanal craftsman- stonemasons, carpenters etc. The leader of this team was the Architect who was described as a Master Builder due to his building experience accumulated over years. This person extended his craft over his lifetime to be able to eventually manage multiple disciplines.

The Architect is this regard took responsibility over Structural Engineering, Quantity Surveying (costing) as well as the spatial, material and service design of the building. With the development of orthographic drawing these Master Builders were able to communicate their ideas through graphic language, which led to an increase in the scale and sophistication of buildings. In contrast to this development buildings still took very long to complete. For example the famed gothic cathedrals of Europe took so long that the Architects did not see their work completed in their lifetime and so had to hand these projects over to the next generation, using drawings as the main communication device.

Universities then took over the tertiary education of Architects and so the profession was separated from the practical nature of physically building a building. As part of the “educated elite” Architects began to establish themselves with the upper-class the most famous of whom became “artists” working on commissions from Kings and Emperors.

Fast forward to 2018 little has seemed to have changed. The famous architects of today are criticized for being reserved for the wealthy and having an insatiable desire of being the “artist” that cares more for the originality of form than the designing of space for people to thrive.

The reality however for most qualified architects today, those that don’t become significantly well know, is a difficult one. Their original responsibility and fees have been “sliced up” between a number of different professions including the various engineering disciplines, quantity surveying etc. Sadly their role commonly becomes nothing more than that of a draftsman dictated to by their paying client. Due in part to the pace of technological development the Architectural profession now holds a small piece of the original spatial, construction and engineering responsibility it once held.

So what is the future of the profession? Is it doomed to be replaced by prefabricated design or 3D printed construction methods in our computer dominated age? Add to the pot that around the world millions of people live in inadequate housing called slums or informal settlements. In developing countries the vast majority of residential architecture is not even designed by qualified Architects but rather designed and built by people themselves. In addition to these social challenges climate change is now threatening every aspect of the planet’s ecology and therefore arguably the very existence of the human race.

In light of this context the term Sustainability Architect is framed.

Sustainability has become a buzzword that can mean an incredible diversity of things. For the sake of this article we have defined sustainability as follows “the ability of humankind in live within the planet’s ecological capacity without hampering economic development, social cohesion or biodiversity depletion.” Many addition words have been used to extend the perceived limitation of the word sustainability; words such as regeneration and resilience are common. We view these as helpful additions to the overall definition of sustainability rather than a replacement of the word itself.

A Sustainability Architect then is a qualified architect that has dedicated his / her professional life to series of principals that are in response to some of the failings of the profession in the past and to the dangers that confront society in the future. The word “Architect” is used more as a verb than a noun. These are people that physically architect sustainability in a spatial sense. These principals are summarized below.

A Sustainability Architect sees the natural environment (climate, ecology, landscape, wildlife) as the most important “client” in his / her design. Our environment is the living architecture in which we all live and our designs should extend, harness, protect and conserve this for future generations. This directly challenges a founding philosophy of architecture in that people are its central priority. This thinking has led us to having cities designed purely for people. This will inevitably lead us to being the only “wild” species left on this planet. Rather the client base of buildings must be increased to include wildlife and their environment. How might our cities change if wildlife became equal citizens with people?

A Sustainability Architect sees the cultural and environmental history of a site as precious. The history of a site is a crucial starting point to finding endemic inspiration for a design that is rooted within its context. No more should a blank slate approach be leveled to any given area. Architecture must build symbolic meaning and protect memory through sensitively linking to the story of the place in which it is found.

Last but not least a Sustainability Architect must design for people’s well being and health. This should not only include their clients brief but also include thought for every person that will interact with their architecture, both today and in the future. No more can buildings be allowed to not have good thermal comfort, inspiring internal spaces and functional service infrastructure.

Whether we like it or not architecture speaks a great deal concerning who we are and what we believe in. Just think about what your home or office says about you. Architects in general need to have the same self-reflection on their profession and on what they are producing. They are the legislated profession responsible for the spaces in which people live yet many of the public don’t appreciate or highly criticize their value. How do we change this? Should Architects become Master Builders again using the vast technological tools now available to them? What could the world look like if Architects took back responsibility over all structures and spaces that humans interact with? What would the world look like if Architects served a set of principals beyond their own design style, beyond even their client’s brief but designed first for the health of the planet?

What we do know is it is time for Architect’s to step up and take greater responsibility for the spaces we live in. Most importantly Architects must have the strength of principal to not allow compromise that will hamper the health of the environment and all the life that lives within it. They must strive with all their might to build a better world than the one they inherited, or they might very well be left behind like a heritage building, as a monuments to a past civilization.