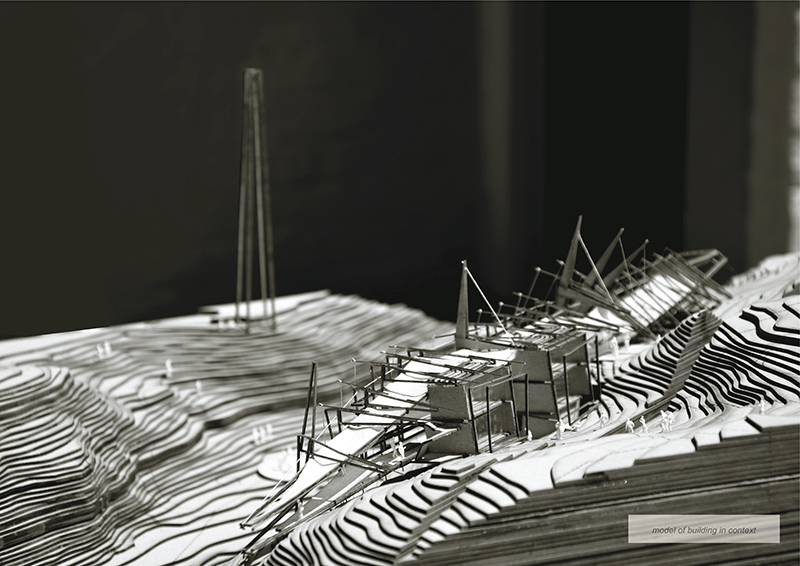 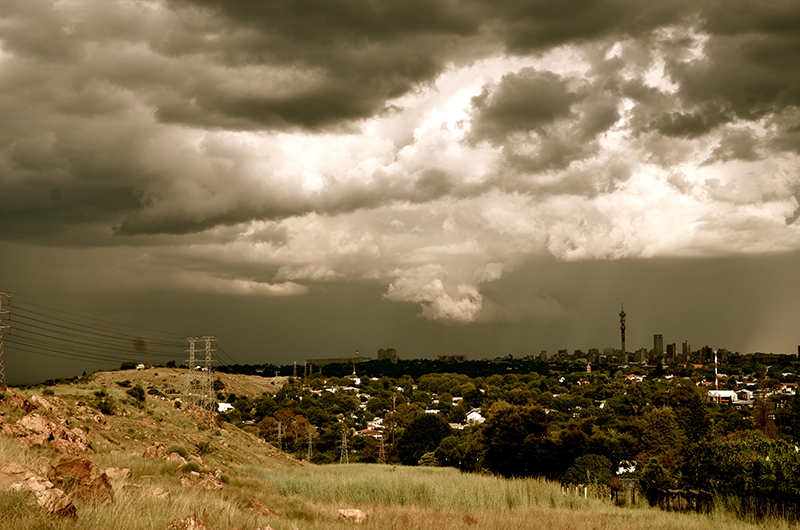 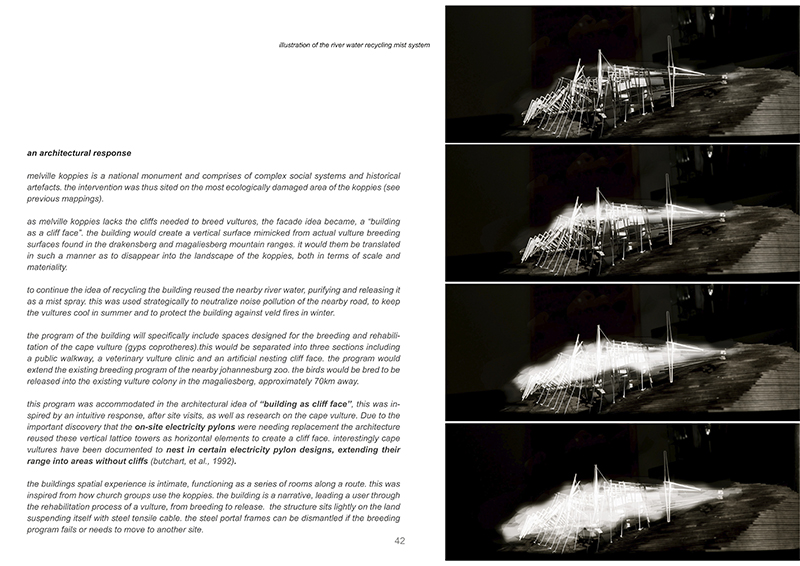 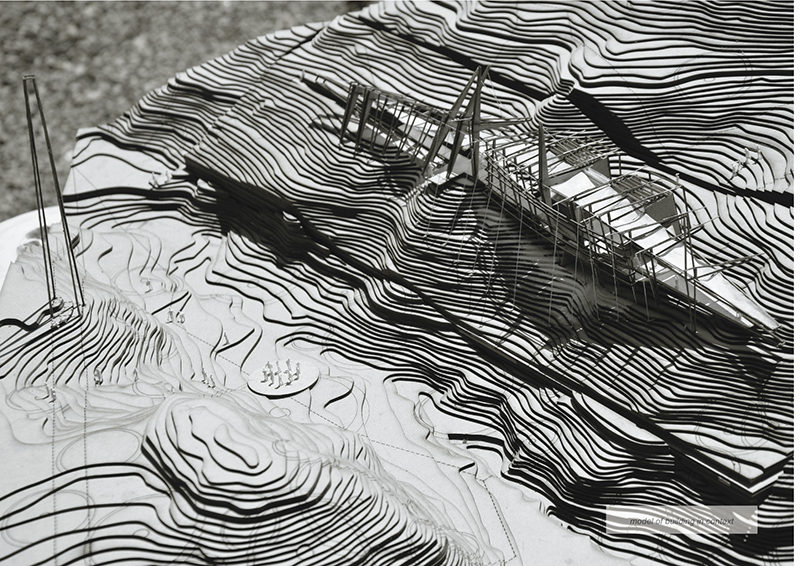 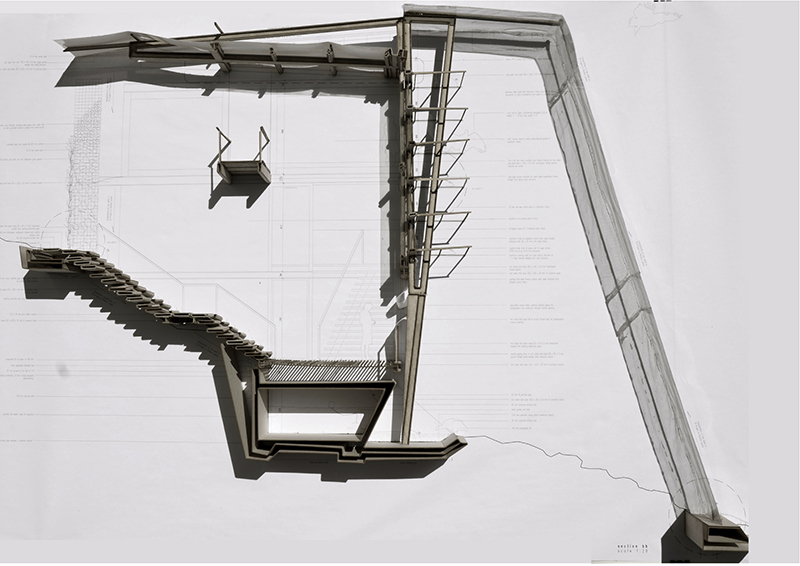 Melville Koppies is a national monument and comprises of complex social systems and historical artefacts. The intervention was thus sited on the most ecologically damaged area of the Koppies.

As Melville Koppies lacks the cliffs needed to breed vultures, the facade idea became, a “building as a cliff face”. the building would create a vertical surface mimicked from actual vulture breeding surfaces found in the Drakensberg and Magaliesberg mountain ranges. it would them be translated in such a manner as to disappear into the landscape of the Koppies, both in terms of scale and materiality.

To continue the idea of recycling the building reused the nearby river water, purifying and releasing it as a mist spray. This was used strategically to neutralise noise pollution of the nearby road, to keep the vultures cool in summer and to protect the building against veld fires in winter.

The program of the building will specifically include spaces designed for the breeding and rehabilitation of the cape vulture (gyps coprotheres). This would be separated into three sections including a public walkway, a veterinary vulture clinic and an artificial nesting cliff face. the program would extend the existing breeding program of the nearby Johannesburg Zoo. The birds would be bred to be released into the existing vulture colony in the Magaliesberg, approximately 70km away.

This program was accommodated in the architectural idea of “building as cliff face”, this was inspired by an intuitive response, after site visits, as well as research on the cape vulture. Due to the important discovery that the on-site electricity pylons were needing replacement the architecture reused these vertical lattice towers as horizontal elements to create a cliff face. interestingly cape vultures have been documented to nest in certain electricity pylon designs, extending their range into areas without cliffs (butchart, et al., 1992).

The buildings spatial experience is intimate, functioning as a series of rooms along a route. This was inspired from how church groups use the Koppies. The building is a narrative, leading a user through the rehabilitation process of a vulture, from breeding to release. the structure sits lightly on the land suspending itself with steel tensile cable. the steel portal frames can be dismantled if the breeding program fails or needs to move to another site.