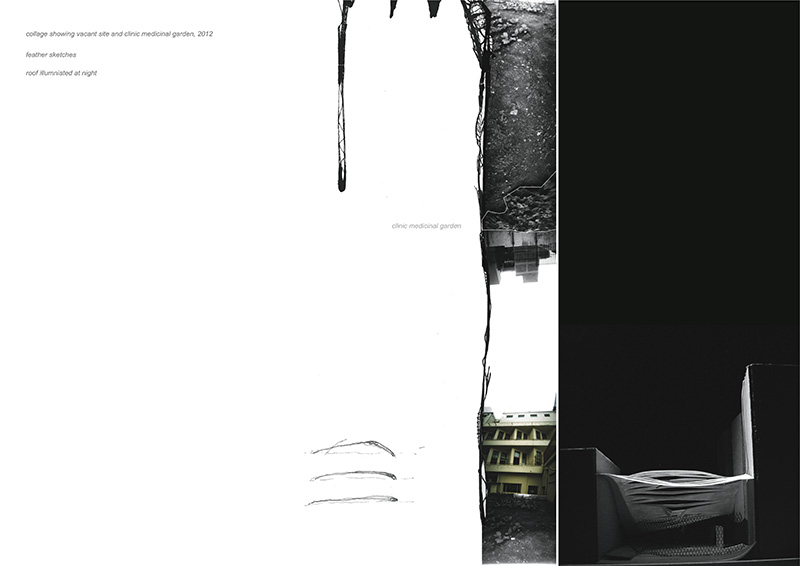 The brief for this project was to respond, in built form, to a piece of German expressionist architecture in Hillbrow, Johannesburg.

The existing building functioned as a maternity clinic. The author became more interested in the surrounding urban environment, than the building itself, especially in a small medicinal garden the hospital staff had begun in its courtyard.

The project’s concept began by the desire to provide a light-weight, medicinal planted roof that covered the vacant site adjacent the clinic. It would provide space for traditional healers (inyamas) to operate along side “western” medicine. This was argued as a relevant program due to the majority of South Africans still consulting these traditional healers.

The structure of the roof was inspired by the study of feathers found on the roof of the clinic from feral pigeons (columba livia). The lightness of the feathers construction led to the design of the new roof. The roof would be used as hanging space for drying medicinal plant matter harvested from the roof’s upper side which was irrigated via hydroponics (soil-less irrigation system).