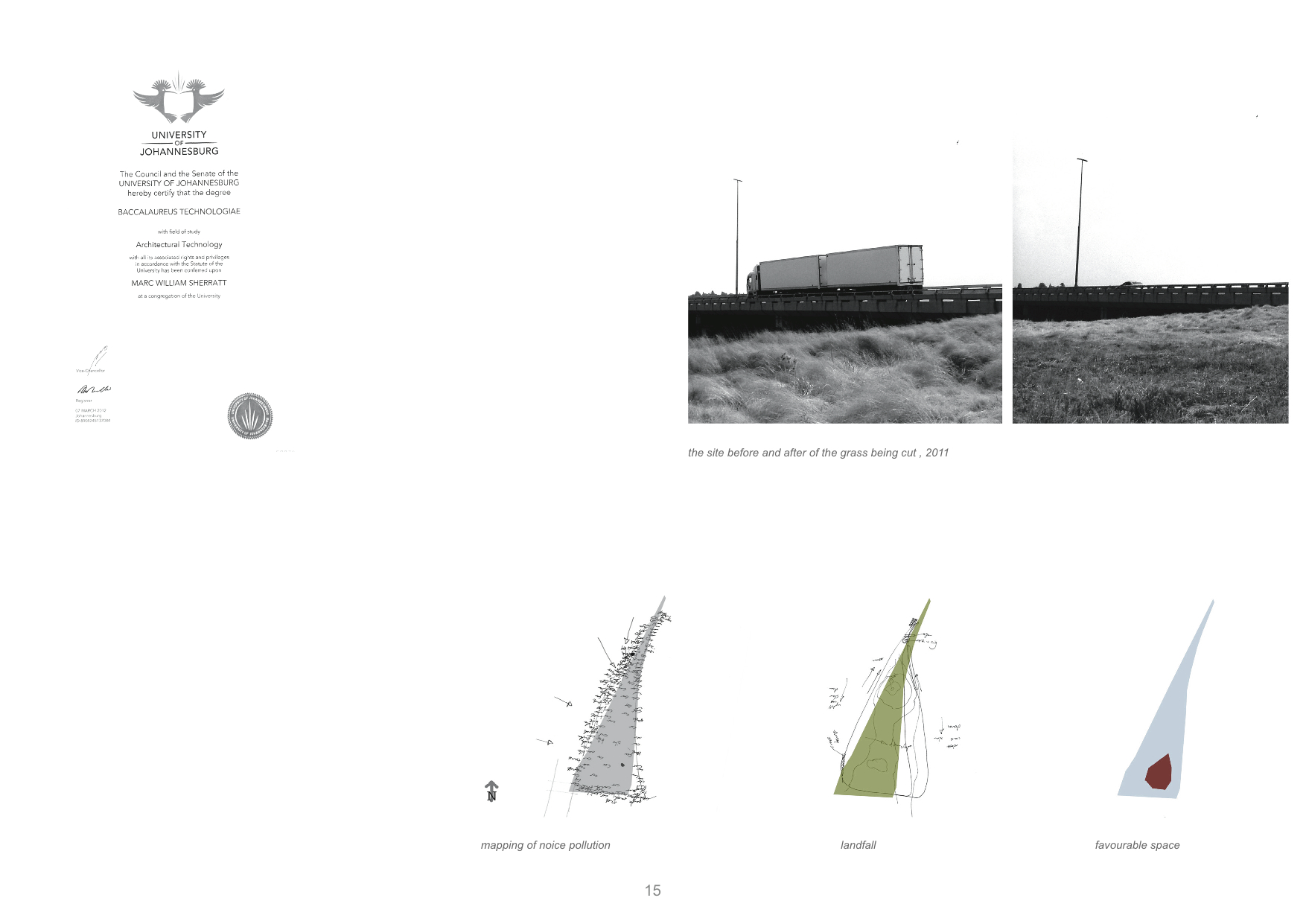 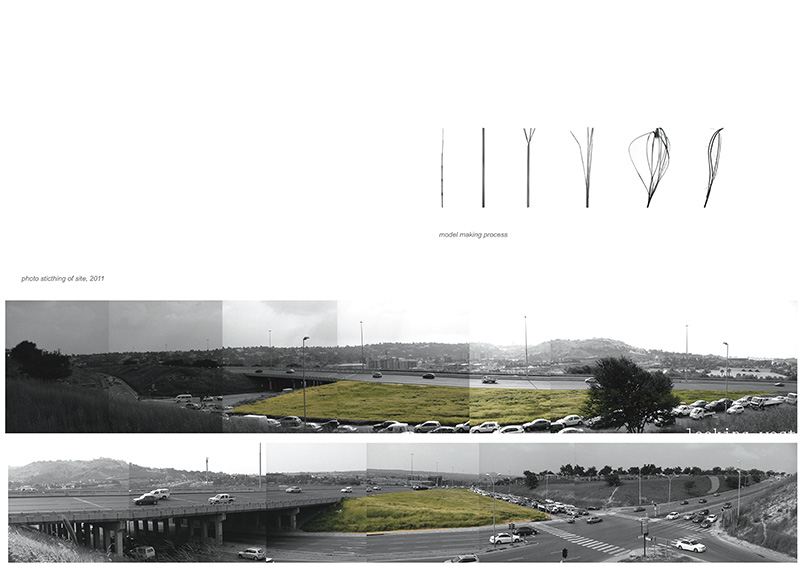 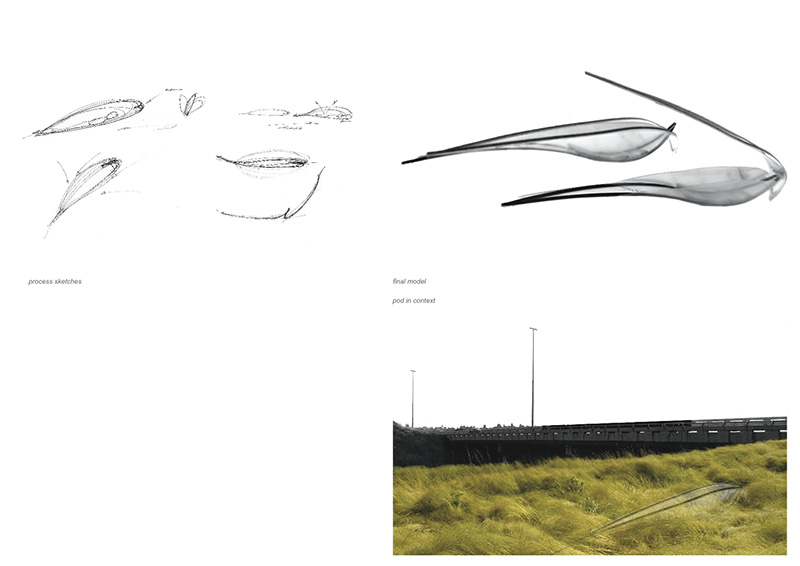 The brief for this project was to design an intelligent shelter or pod. the pod should be able to document, analyse and respond to its immediate climate yet, have the same elegance as displayed in the fractal geometry of a feather.

Marc Sherratt’s site was the third landscape of a traffic island, a carpet of grass. The project’s concept stemmed from a romantic appreciation of the fluidity and humanistic scale of tall grass. This emotive response was fueled by the grass being cut during the course of the project.

The homeless that lived under the bridge became the user of the structure, people that valued the notion of being hidden. The pod was placed in the most favourable position on site, dictated by vehicle noise pollution and land fall. after a model making process, focused on understanding the structure of grass species (eragrostis tef) a form was discovered. the materiality of the structure is lightweight, made from etfe plastic panels in aluminium frame. a thermoelectric generator (teg) uses the heat of person sleeping (81 watts) to power a low lux light which illuminates the structure at night, while it hides in the grass during the day.