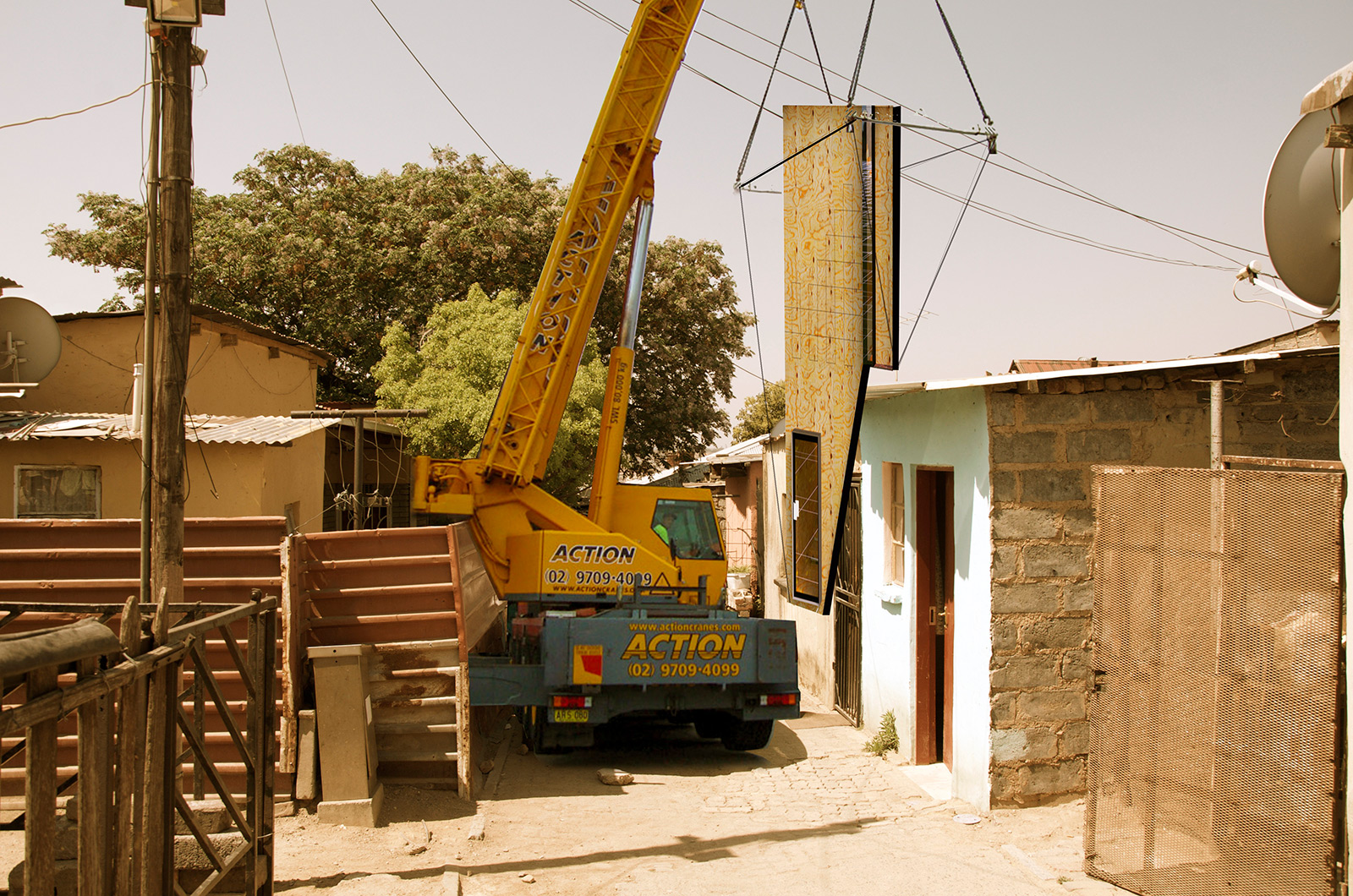 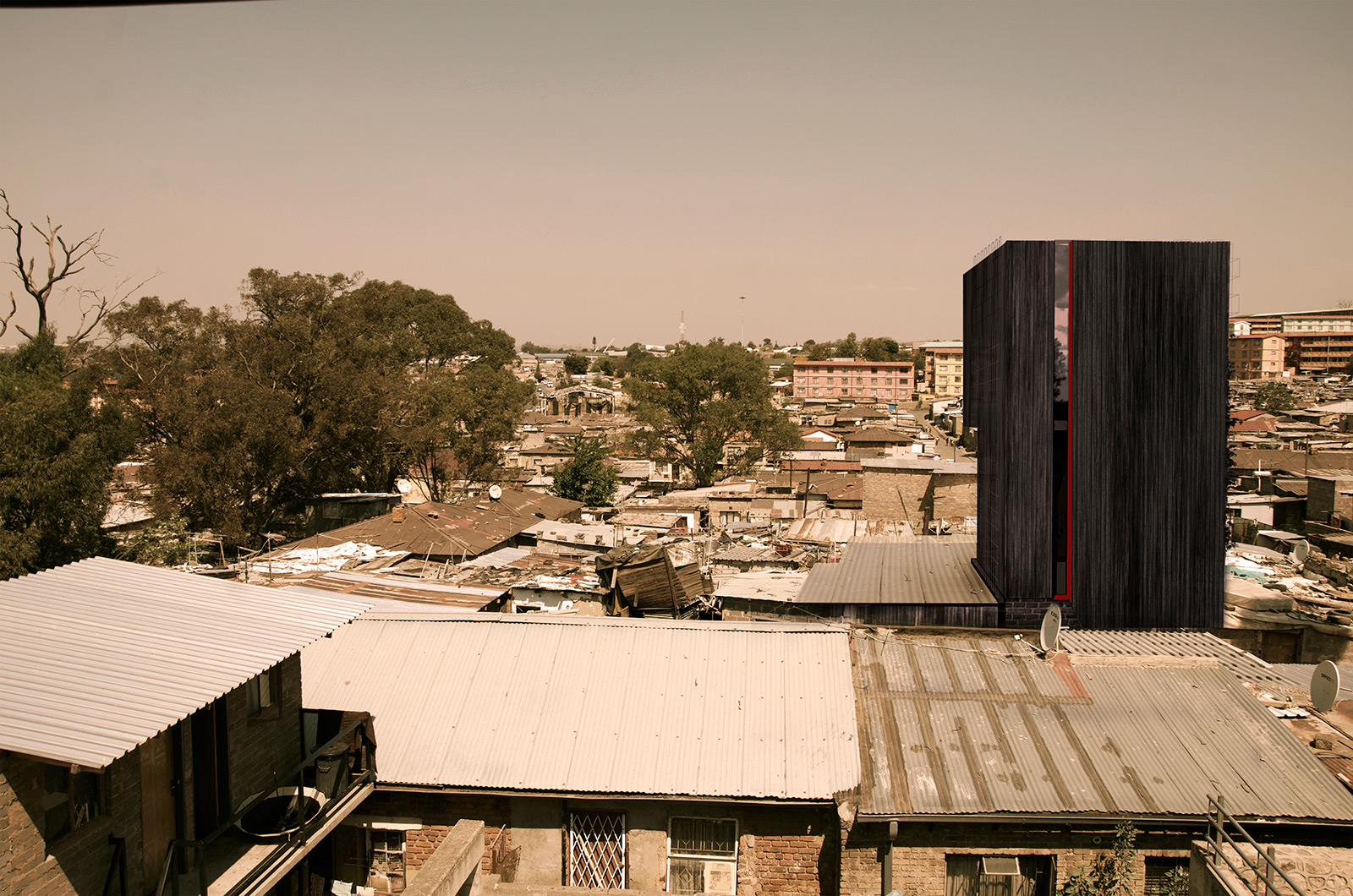 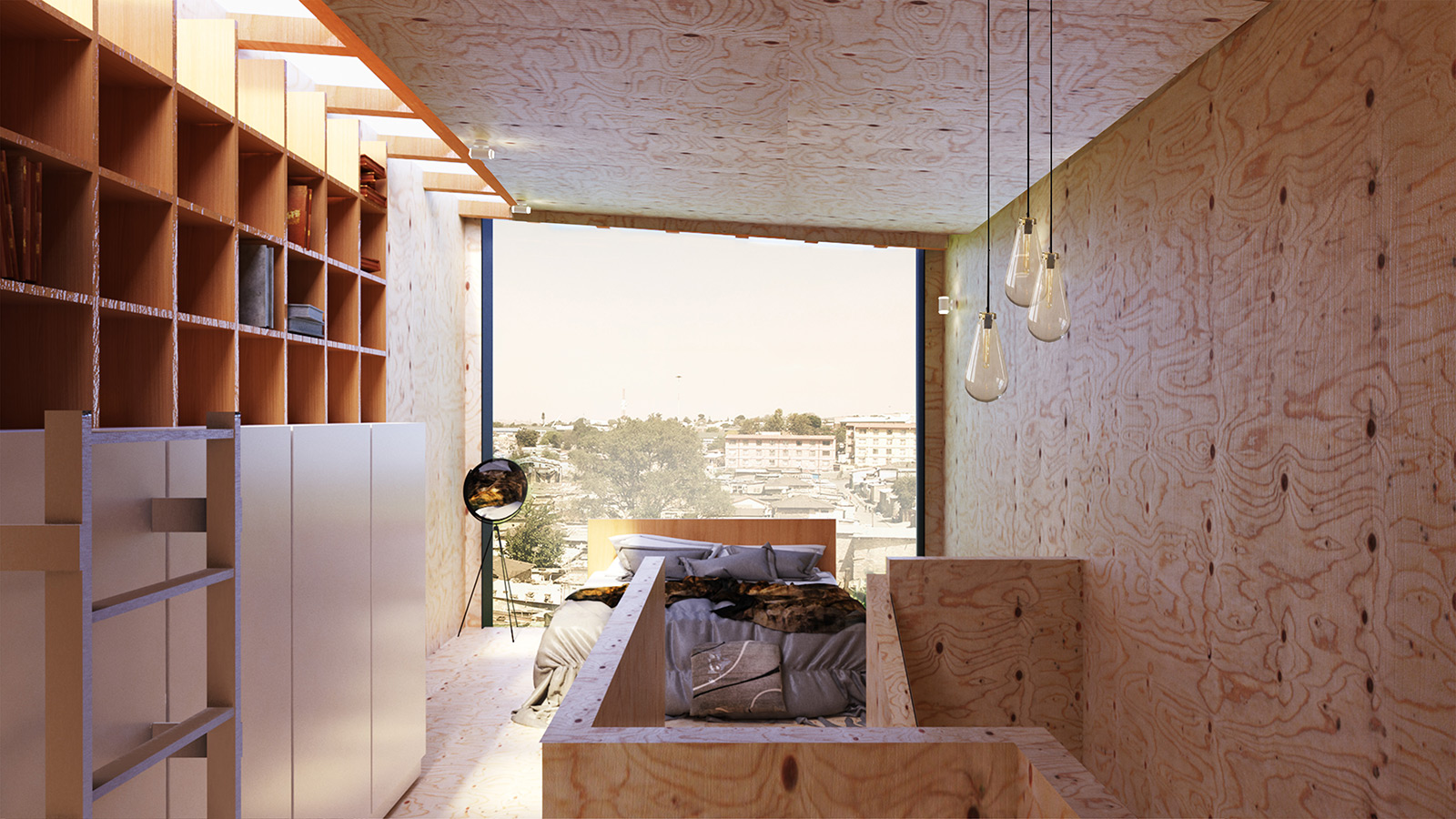 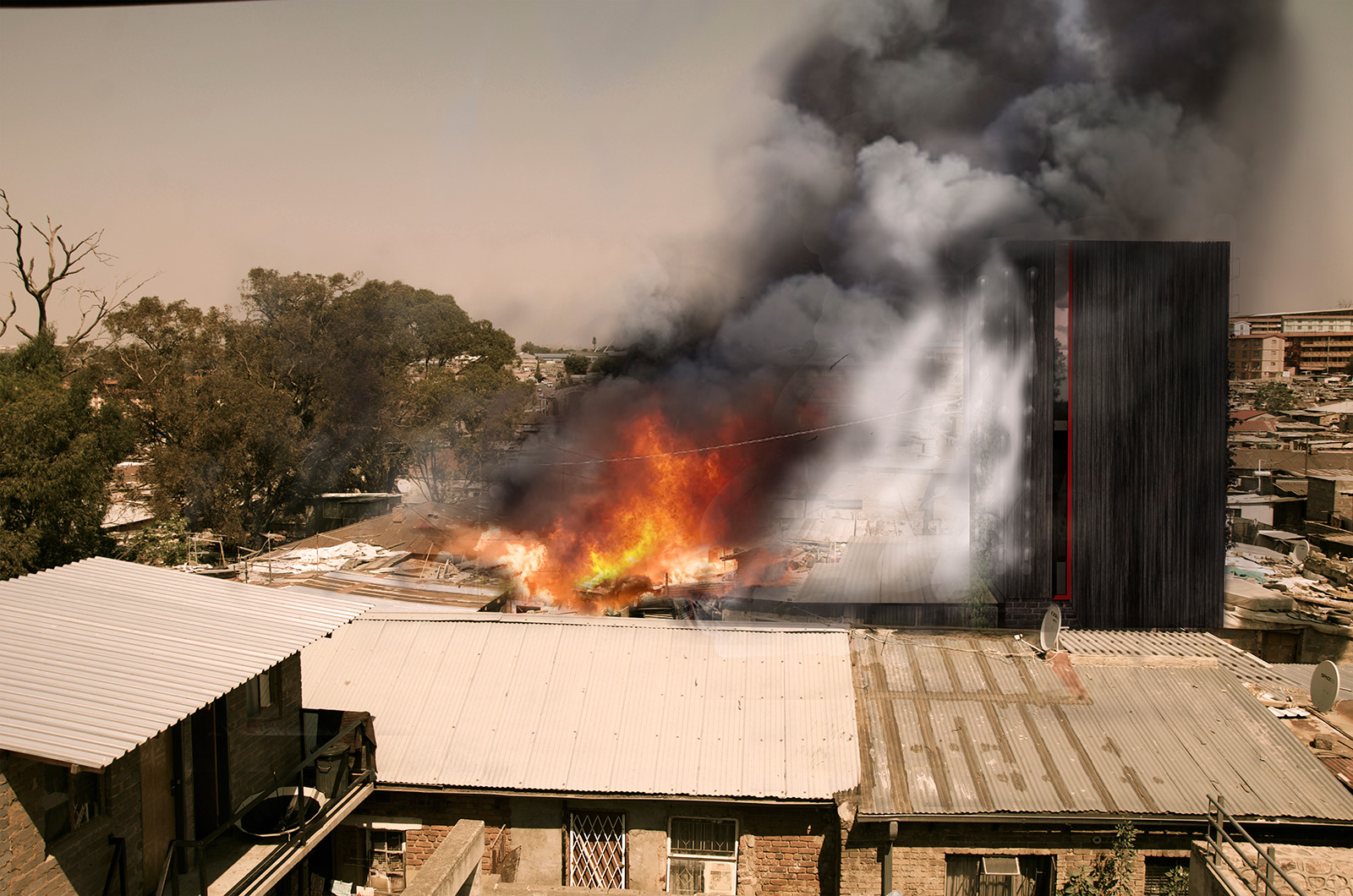 This project is found in the township of Alexandra, Johannesburg. This largely informally developed area which borders on Sandton, remains a place of poor infrastructural development with many top-down urban renewal plans failing. It was known as the “dark city” during apartheid because of no electricity provision. Today, services are still inadequate or faulty, spurring a new wave of civil protests.

“Our goal with Fire House is to create a housing unit to international quality and sustainability standards at a price that is affordable for the setting. Though building cost is crucial to implementation, it is secondary to green building design innovation, which is sorely needed in our country’s informal settlements,” says Marc.

MSSA believes that in the African context, if issues such as employment, education, housing and healthcare are not simultaneously addressed, ecological pollution and climate change emissions will remain a sub priority.

“If Africans don’t set a precedent for green building that starts from the bottom up, we are not going to see the necessary scale of green building solutions in our cities in the next 20 years. As a sustainability firm, we felt convicted that we had to try to address the architectural challenges in informal settlements,” adds Marc.

Through interview processes with community members, which were facilitated by Rays of Hope, the design team learned that fire is a major challenge for residents of Alexandra. Shacks are often built out of timber and corrugated iron, and with people cooking with paraffin, illegal electrical connections, combined with many people being away from their homes during the day, structures easily catch fire.

“When a fire starts, there is very little that can be done to stop it from completely decimating a house or even an entire area. Further exacerbating the problem is the poor water infrastructure, lack of fire fighting equipment and space for fire trucks to move between the shacks doesn’t exist. When asked about the scariest thing they could face, many of the residents said it would be fire,” says Marc.

The unit that MSSA set out to design had to have a prototypical, prefabricated component and a component to express individual family identity. It also had to be ecologically sensitive and seek to replenish extinct indigenous biodiversity through landscaping and other means. The result is a municipally self-sufficient unit that will be certified at least as a net positive carbon building upon completion, with the team investigating the feasibility of net positive waste, water and ecology.

The materials that were chosen for Fire House conform to the Living Building Challenge’s list of safe materials. A prerequisite was that the materials needed to be prefabricated and installed on site by a mobile crane due to the narrow streets in Alexandra, which make traditional construction methods difficult.

“Johannesburg’s population is growing at three people per hour. We can’t design the homes that are needed fast enough with traditional building methods. The prefabricated approach enables us to erect a home quickly while keeping the quality high,” says Marc.

MSSA would eventually want to run the project on a bigger scale with a digitised design process that enables residents to enter their dimensions into an “app-type” service that allows quick manufacture. Completed houses will be delivered by truck and simply crane-dropped onto their existing homes.