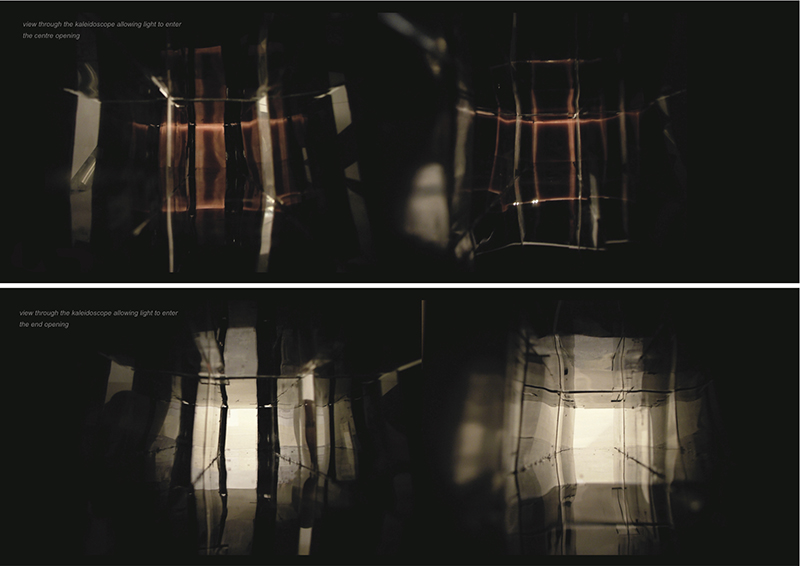 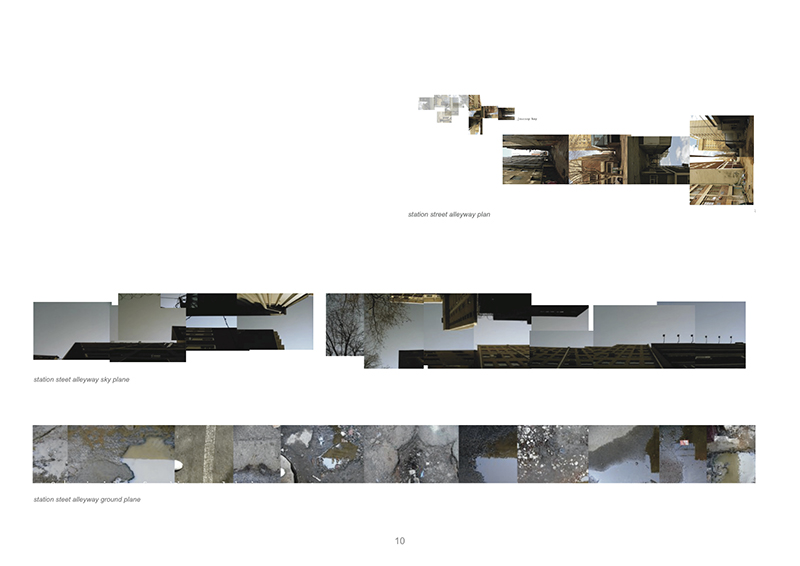 The brief for this project was broad. It stressed the need for graphic experimentation of site specific conditions. A higher value would be placed on an interesting process rather than a formal architectural intervention.

The author’s site were the alleyways of the inner-city, commercial suburb, of Braamfontein.

The project’s concept lies in the tactile interaction between the horizontal and vertical planes of an alleyway’s tight space. Reflection became a central idea around which one can experience more than one plane at the same time.

Representing this is an object for the eye, superficially termed a “kaleidoscope”. the author manually reproduced each plane (ground, sky and edge) of the alleyway by decoupaging it (allowing the image to be become transparent), and mounting it on reflective tape. The form of the kaleidoscope is a direct representation of the plan of the alleyway. This allowed light to enter the centre of the device, where the street bisects the Alleyway.